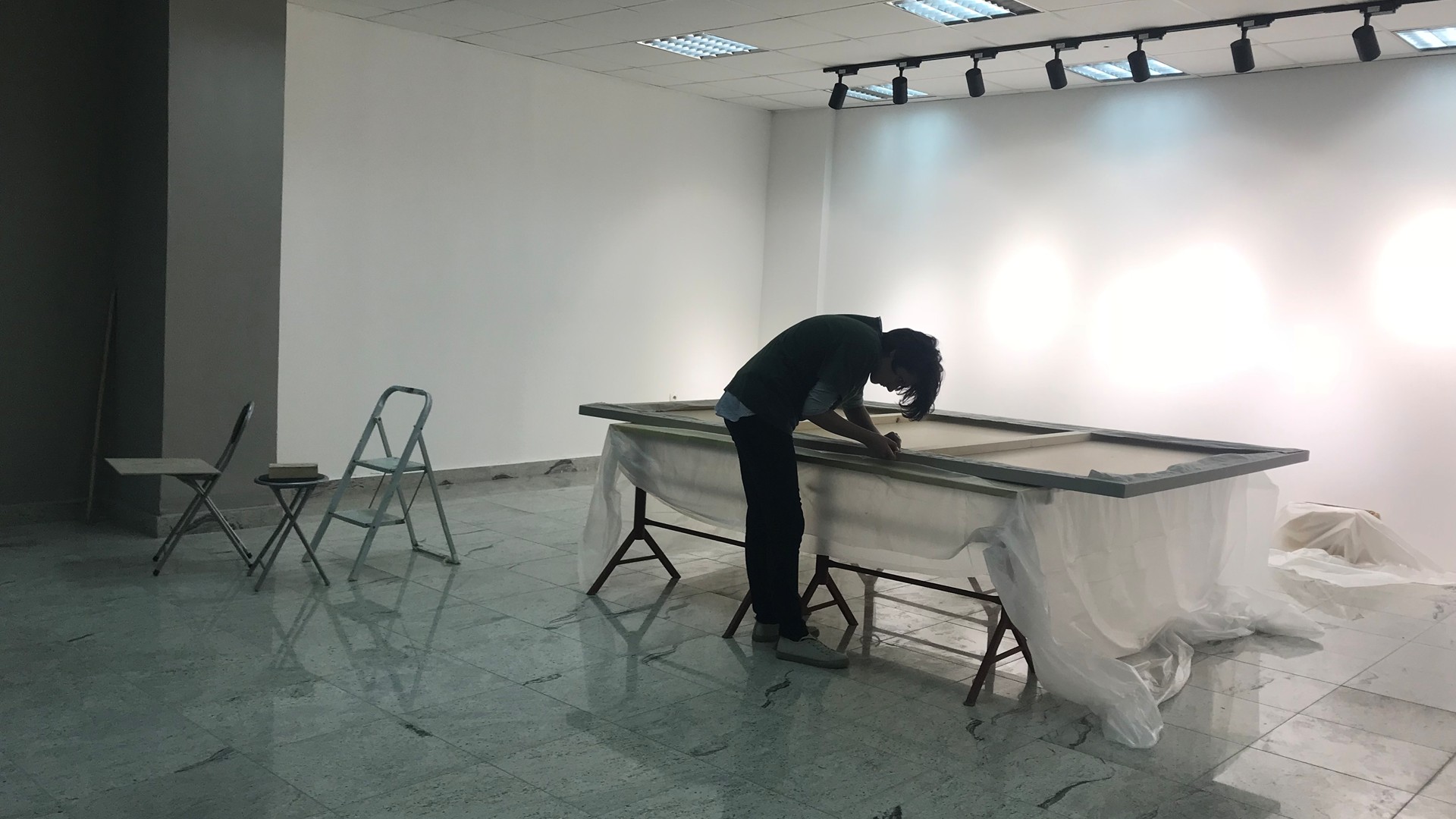 This painting celebrates Beijing (China) as a sacred city, marking the proportions of its city plan (the map of old Beijing), star pattern (the Purple Protected Enclosure), and geographic site (the Luoshu and Hetu diagrams). Through the large-scale figures, the work honors Beijing in dance (referencing the tomb painting The Dancing Girl in Red), in costume (inspired by the handscroll Court Ladies Wearing Flowered Head Dresses), and in cityscape (based on the scroll The Splendor of an Imperial Capital). With a north-south axis, setting the Forbidden City in the painting’s center, the work proclaims that this complex, magnificent place both ancient and modern is where the heavens touch the earth, conferring majesty and light. In fact, the name Tiananmen, forever linked with Beijing, means “heavenly peace.” 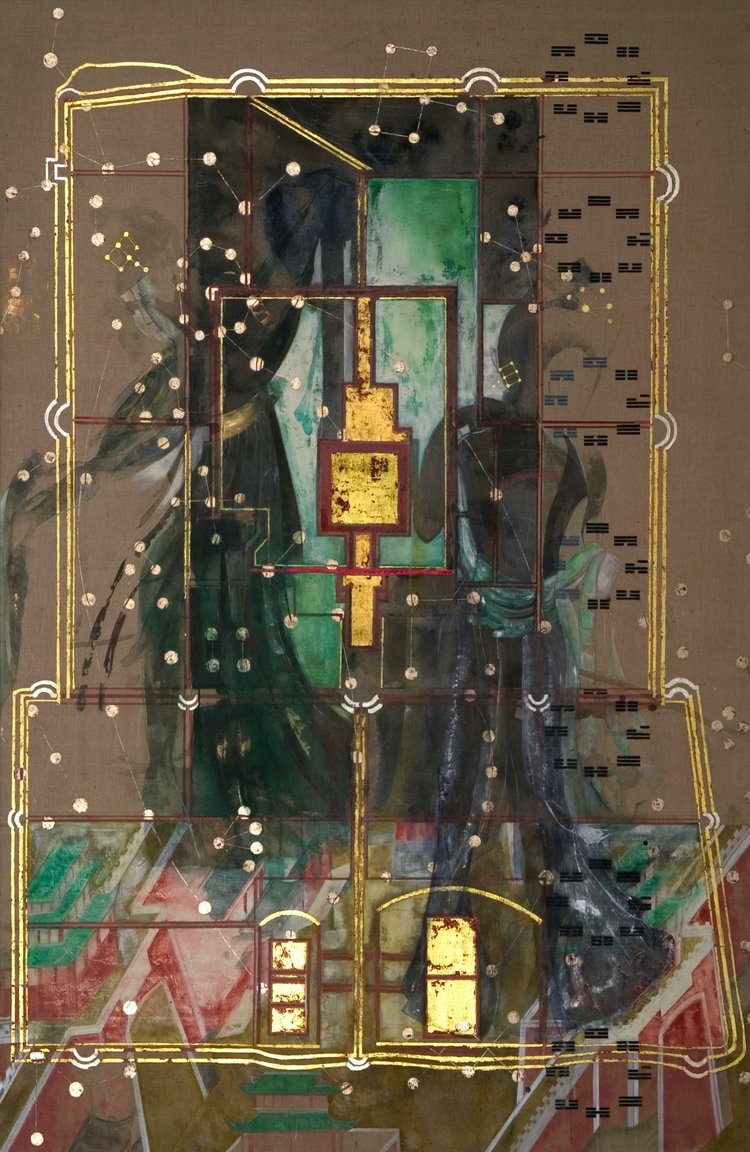 Interns and Artists for Beijing: