Sacred hand positions and the center of heaven... 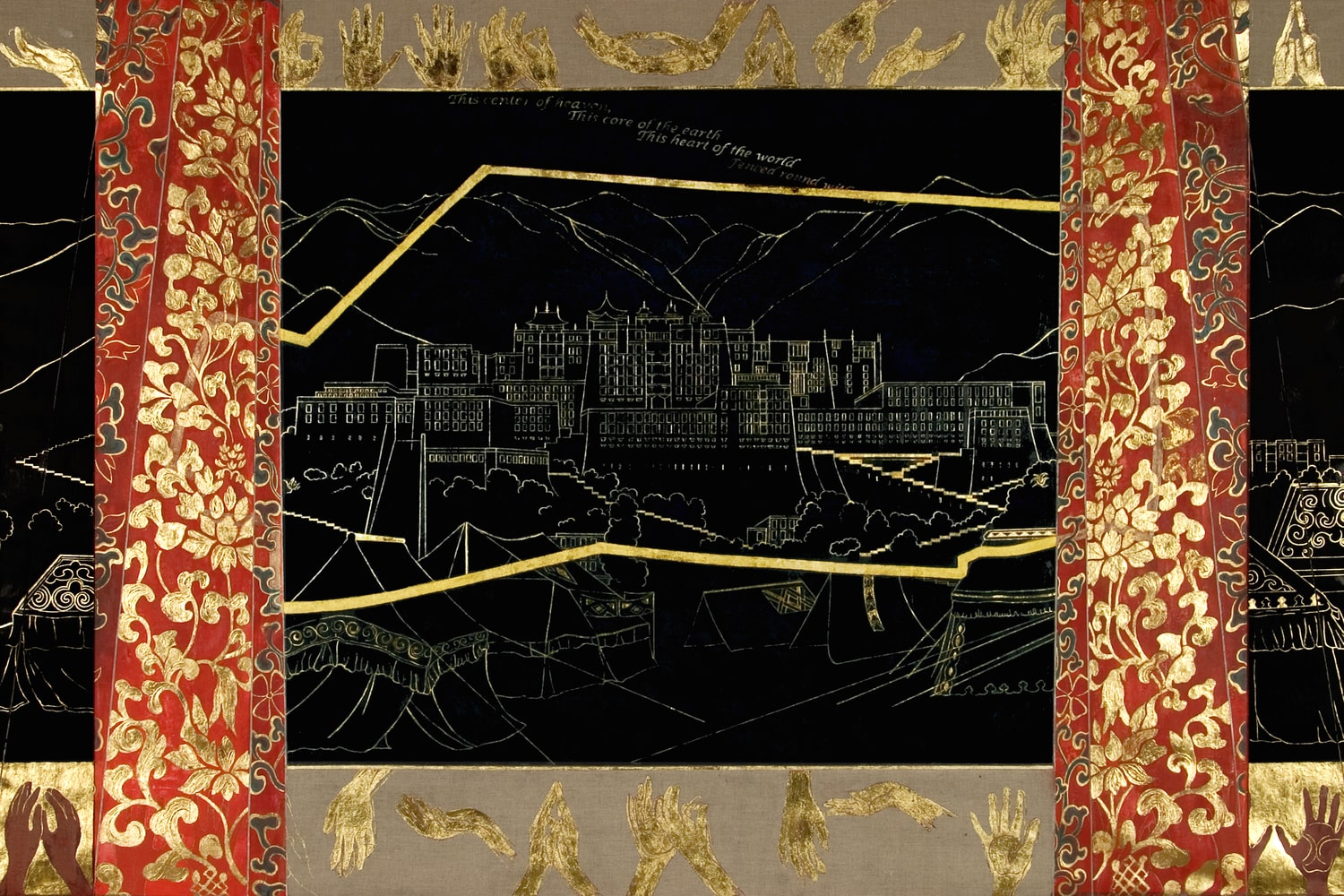 Framed by two gold-leaf pillars inspired by columns at the Jokhang monastery, one of the oldest monasteries in Tibet, the painting uses motifs from mudras (sacred hand positions and forms of gestured communication thought to be more powerful than the spoken word) as a border pattern. The ancient circumambulation path for visitors and pilgrims alike the Lingkor surrounds the entire city of Lhasa, with all its holy sites, much as it navigates the painting itself. The words of a sixth-century anonymous poet cascade to the Lhasa skyline, just as the Bon myth describes the first Tibetans climbing down rainbow stairs from the sky to mountaintops:

This center of heaven,
This core of the earth,
This heart of the world
Fenced round with snow.

Inspired by the Dalai Lama’s description of the two thousand illuminated volumes of scriptures stored in the Potala monastery that were written in “powdered gold, silver, iron, copper, conch shell, turquoise, and coral, each line a different color,” so the rainbow of the painting itself honors a people and a tradition, their wisdom, compassion, generosity, and equanimity.

Interns and Artists for Lhasa: